Extra! Extra! Learn all about Facebook's mobile TED coup, Samsung's smart LinkedIn collabo, and what campaigns and videos roused the crowd this week. (Because if you watch nothing else today, you have to see the world from a GoPro on Superman's head.) Skim to fly high!

Flying high with Superman. Corridor Digital produced a parody both of superheroes and of GoPro videos, which have featured perspectives ranging from eagles to Felix Baumgartner as he jumped from space. In Corridor's spin on the genre, Superman straps the socially contagious camera to his head and flies through the city to return it to its real owner. Along the way, he even finds the time to make a rescue. The video's racked up 7 million views.

How do you match up? It isn't easy to find creative ways to advertise on LinkedIn, but Samsung's succeeded for its Knox solution, created to ensure tighter mobile security for people whose phones are for both play and work. The How Do You Match Up? subsite uses LinkedIn data to show how you rank among similar professionals: Do your recommendations, volunteer hours, education or experience levels match or exceed the norm? What are all-stars in your industry reading? Who do they follow? It's all here in this calculator, which also does a nice job of toting Knox's relevance to the always-on networker. 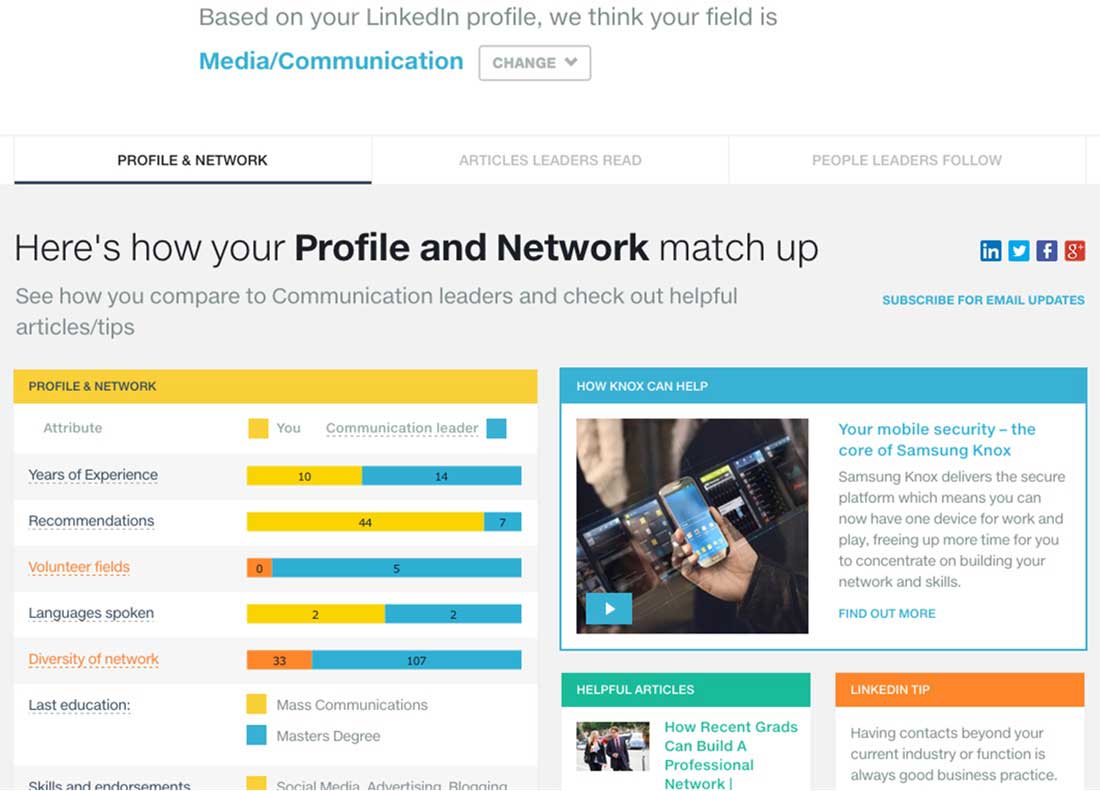 Welcome to the influence market. How much would you pay for Kim Kardashian to tweet about you? Izea's launched the Sponsorship Marketplace, which is exactly what it sounds like: now bloggers, celebrities, social gurus, and other influence-peddlers can sell their "advertising services" on an auction-style platform. The FTC demands that sponsored content be marked as such, so sponsored Tweets, for example, will include the hashtag #ad. Expect to be seeing more of those. 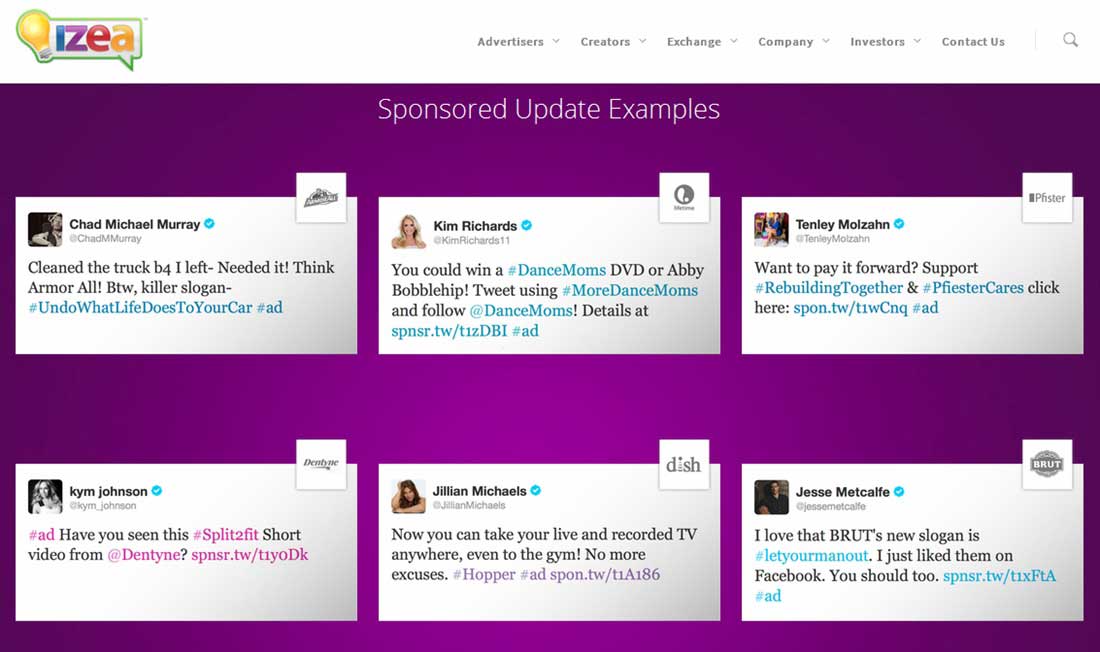 Facebook Paper scores a TED exclusive. The world's favorite social network's going hard or going home with its Paper app in a deal to provide exclusive TED content in Paper's Ideas section during the TED 2014 conference, March 17-21. Content includes posts, TED presentations, and photos from the event. This is the first exclusive content deal that's been consigned to Paper, but it likely won't be the last, as the app seeks to reinforce its position as home base for all the news that's fit to skim. 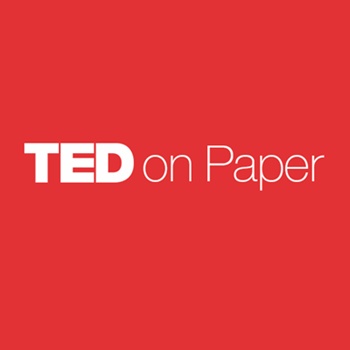 The ultimate FB marketing dashboard. Facebook quietly launched Business Manager, a dashboard that lets you control everything related to your Facebook marketing from one place. You can add admins and change roles more easily, and create new ad accounts. If you're managing multiple brands, this tool's a godsend—less so if you're a third-party Facebook ad planning service.

There's a #FirstTweet for everything. To celebrate its 8th birthday (and just in time for #tbt, or Throwback Thursday!), Twitter released an app that lets you find your #FirstTweet. Some, like Apple co-founder Steve Wozniak's, are truly epic. Others, like Soundcloud's, read like portents of things to come. What was yours, and how have you evolved since?

Twitter's # and @: exiting stage left? Vivian Schiller, head of news at Twitter, recently suggested Twitter may phase out the # or @ in tweets. BuzzFeed saw signs that Twitter's already phasing out @-style replies in its Android alpha test group app, which shows @ and user handles removed entirely. This isn't to say that Twitter will roll this particular style out publicly, but as Schiller says, watch this space. Your hashtag strategy may (or may not) be affected. Image: Buzzfeed, which received it from an Android group tester.

Could you pitch a film in 140 characters? Heineken's issued this challenge to its fans via Twitter. The winning Tweet will be converted into a 15-second film, which will debut at the Tribeca Film Festival in April... before appearing on Instagram, Twitter, and Facebook. Talk about spread. But it's a great way to channel people's creativity, and use it to both promote fan love and score content ideas. The campaign's received 1,800 Tweets so far with the #15secondpremiere hashtag, and this one is probably our favorite:

The only native ad formula you'll ever need. Last week we reported on a Chartbeat study that shows native ads don't work, but we also said that isn't entirely true: The key is to focus on content that adds value to the user, versus content that's just pretending not to be an ad. Now the Wall Street Journal confirms it.

It's just launched WSJ Custom Studios, dedicated to creating native content for brands. What's the secret to going native? Transparency, quality content, per an interview with Digiday. Native advertising "shouldn't be a pale imitation of editorial content that may be done better somewhere else. If done well, it's more about giving insights than information. That's what bonds reader and brand together," says WSJ global ad sales head Trevor Fellows. Hear, hear. 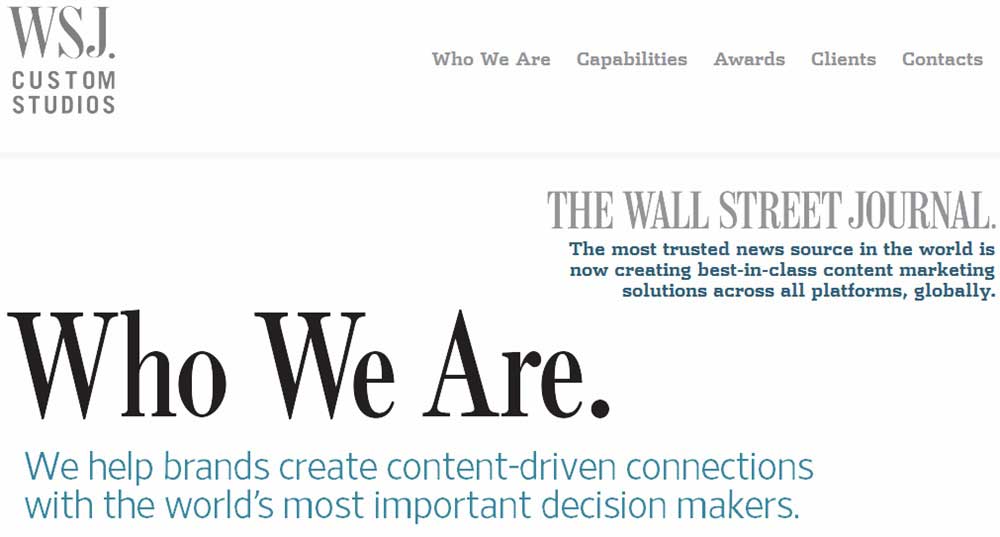 Apply this research to your social strategy. Patricia Redsicker's compiled four social media research findings that can improve your strategy. Backed by sourced figures, they include insights like "users 'like' Facebook for social logins" and "Instagram is the fastest-growing site globally." You'll also dig how she takes these insights and explains how to apply them to your work. (Also: note how all the images are Pinnable. Tactical win!) 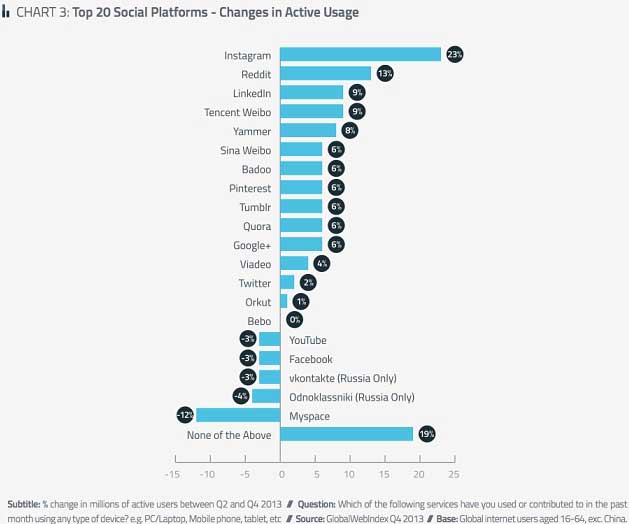 Pin better for business. Pinterest provides three tips on how to improve your Pins with small, but smart, changes. Tidbits: Pins with a vertical aspect ratio suit Pinterest's design better and are easier to see on mobile phones, long and thoughtful descriptions are (curiously!) far more effective than short ones (also great for search engine indexing), and messages that are positive and aspirational tend to resonate better than mere sales pitches. We can sense the Repins already. 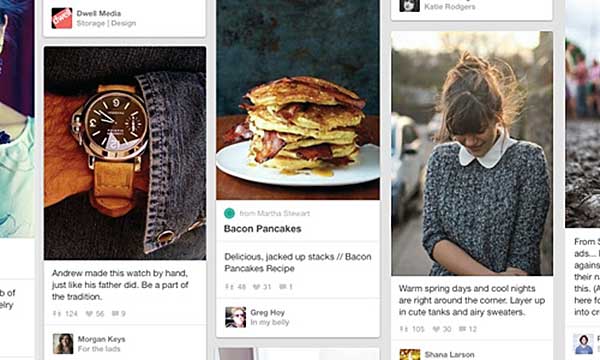 How to build a real content audit. You'll need one at some point, and the Content Marketing Institute details how. Pro tip: you're going to need a lot of time, and a wide Excel spreadsheet. (These two recent MarketingProfs articles might also help: "Avoid the Museum of Dead Content: What to Do When Web Content Expires" and "Stop Focusing on Automation and Take a Look at Content: Seven Steps to Get You Started.")

Let's wrap with a kiss. A first kiss, to be exact. In this project by clothing company Wren, 20 strangers who've never met were asked to kiss. The result is awkward, funny, and unexpectedly intimate. At 65 million views, the video was everywhere this week. Parodies—like this one of Saudi Arabian men having to nose-kiss, or one of "real people"—invaded our newsfeeds. Soko, who sang the song featured in "First Kiss," hit No. 1 on the Billboard Streaming Songs chart. And Wren, of course, enjoyed a "significant bump" in sales. That was some kiss!