See what (and how) brands are using Hyperlapse, how Twitter is helping you "get" trends, what royalty-free photo service will save your life, how Facebook is helping you search through old posts, and which content creation strategies will improve your business. Skim to stay on top!

Homer takes on the #IceBucketChallenge. At No. 1 on the Viral Video Charts is the Simpsons' spin on the ALS Ice Bucket Challenge. In the video (closing in on 19 million views), Homer gets a lot more than he bargained for in that ice bucket. Indeed, he gets everything that's ever been associated with ice... ever:

Budweiser uses Hyperlapse in real-time. It's hardly been a month since Instagram launched its separate Hyperlapse app, which lets you take time-lapse photos that look remarkably stable. For its Made in America music festival, Budweiser decided to experiment with the technology. The results aren't perfect, but they mark an interesting start. (And hey, remember how weird early branded Snapchats looked?)

Need Hyperlapse inspiration in slow motion? Not to worry. Here are five ways companies are using Hyperlapse, from Mercedes-Benz (panning across the drool-worthy interior of a vehicle) to Oreo (showcasing gifts that fans unwrap). If you need more brand examples, AdWeek's got 12.

Search Facebook more easily. Facebook's algorithm has always posed problems for when you're digging for old information (or info you just lost while reloading), but a new search feature lets mobile users sift through old posts more efficiently. As a handy example of how it works, once you have the feature you can look up "MarketingProfs SocialSkim" on Facebook to find posts about this very series. The function is still in testing, and it will only permit you to see posts that other users let you see, but it will officially appear in a Facebook iOS app update in the near future.

Need a photo for not-that-much? How about free? Not to worry. TheStocks.im hosts a bevy of royalty-free stock photos, making it easier for you to snap up free photos of people using phones, students studying, or gorgeous mountain views. A section devoted to "startup stock" provides photos you can use as foundations for showing off your service. Our only complaint is that it doesn't have a search feature. The quality of the images is nonetheless top-notch: 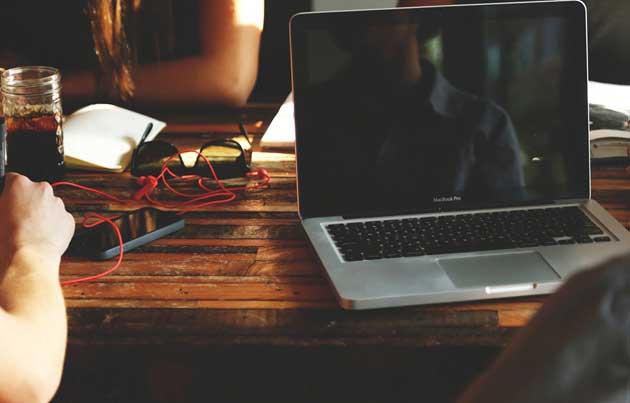 BitTorrent wants YOU! to take it seriously. BitTorrent, best known as a peer-to-peer filesharing network beloved by pirates the world over, is looking to rebrand as a marketing platform. And it's not a bad idea: In addition to the less-than-savory purposes, it's also used for the legal distribution of music and shows, and—in the case of the UK government—to inform citizens where their tax money is going. The brand deck is below, and it promises—among other things—a solid platform where brands with content to share can access 170 million monthly active users, 63% of whom are under age 34, making it more powerful than Pinterest, IGN, and Spotify.

What's that hashtag all about, anyway? Twitter's experimenting with a new feature that explains current trends. You've probably seen its trending topics list in your left sidebar; in its latest efforts, those topics may also include a line of copy that explains why the item is trending. Makes it a little easier to study up on your #hashtags: 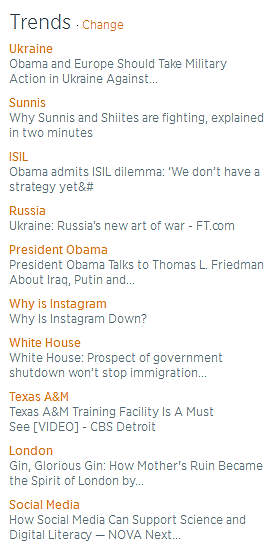 The history of hashtags in social media marketing. Speaking of hashtags, a Digital Marketing Philippines infographic outlines the birth of hashtags and chronologically details how they made their way into marketing. More than that, it describes the adoption of hashtags by platforms like Pinterest and Google+, as well as how brands like Red Bull and Audi make maximum use of them. (Honorably unmentioned: How the vast majority of Super Bowl ads now come toting their own hashtags, making it easier to track—and participate with!—buzz surrounding both ad and brand in real-time.) 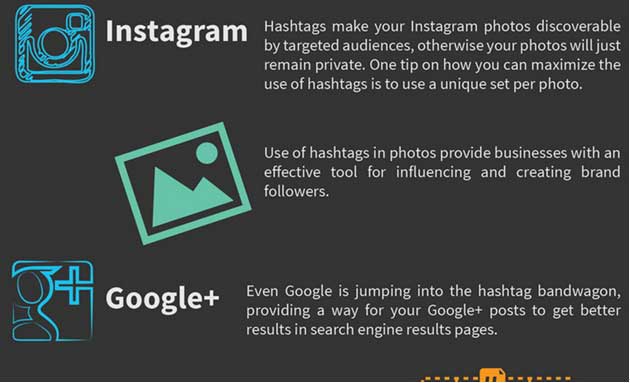 You know you need content. But what content works? A spankin'-new Quickspout infographic provides three content strategies for boosting your business. Among the handy data: videos increase online retail store purchases 64%, and the average user spends 16 minutes and 49 seconds per month watching video ads. We also like its boxes of popular content types, which explain both the concept and the reach behind such content as list posts, infographics, whitepapers, liveblogging, and roundups. Send this one directly to the printer. 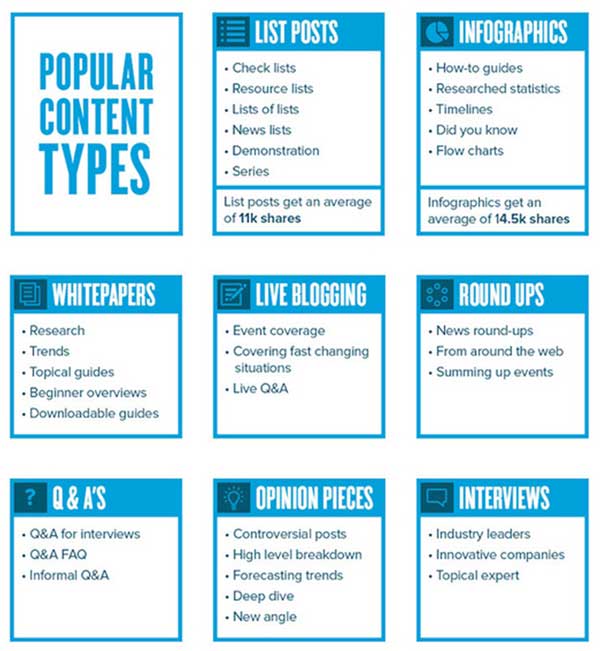 The real power of social? Trust. Inc. published an article that succinctly explains how enterprise social media use increases users' sense of trust, which in turn yields customer loyalty—that is, if you use it correctly. It's crucial to use social media with the right objectives in mind: Social can help humanize your company, empower you to handle feedback in public, encourage regular contact, and more. Once you start reading, it all becomes clear: Social isn't just a new form of marketing, it's a transformative process for organizations.

We'll wrap with something both nostalgic and modern. John Oliver (remember that super-popular guy who said all those mean things about native advertising?) and Cookie Monster have partnered up as co-anchors for Sesame Street's W-ORD News, producing a learning experience that manages to be cheeky fun, even while sending up standard "filler-ish" news broadcasts. A video like this responds to two separate but equal demographic evolutions: The modern child's need to be stimulated in a way that acknowledges his or her intelligence, and the need for participants in social to see that the broadcast world is acknowledging their feedback (including their critiques) about The System's inherent weaknesses. It's a changing world, and with social media, we can change along with it.