#SocialSkim: The Future of Payments May Be Selfies, Plus 11 More Stories in This Week's Roundup

Summer's winding down—all the more reason to amp up your social strategy. See how MasterCard is testing selfies as a secure payment option, how LinkedIn plans to take over your office directory, how to win at livestreaming, and which brands get Reddit (and how they're using it).

Those titillating topics, and more, in this week's #SocialSkim!

How it works: when you make a mobile purchase, MasterCard will take a snap of you, then compare it with a stored image in its files. This is a big step up from signature matching, and it harnesses a compulsive trend in a productive way. If the trial works, expect to see selfie pay on a socnet (or retailer) near you!

Say hello to LinkedIn Lookup. Labeled "the fastest way to find and learn about your coworkers," Lookup operates like an internal employee directory, providing titles, contact info, work experience, education, and the ability to send a LinkedIn message.

It was built based on data that 30% of members looking for people on LinkedIn are viewing the profiles of other colleagues; 58% of them said they'd do better at work if they could find co-workers with specific skills.

Compared with complex intranet systems, LinkedIn makes it easier to run a search for a person, so the idea fits. LinkedIn also says if you're looking for a certain person to collaborate with, but can't remember her name, you can search by title, current and past experience, education, and skills.

Contact preferences are visible only to coworkers using Lookup, so users don't have to worry about giving phone numbers to the entire Internet. The app will work for workers whose companies use Lookup, even if they haven't downloaded it themselves—and messaging people through it won't count against your message limit on LinkedIn proper. Get it here. 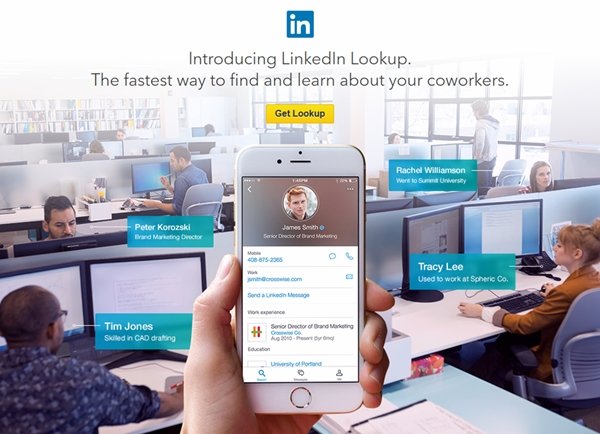 The update breathes new life into its sleepy Notes product (utterly forgotten since larger status updates became the norm), and provides the added value of giving long-form bloggers a huge captive audience. It may also attract a new breed of bloggers who never saw the value in sharing their extended reflections on a blog (and having to do all the marketing that comes with helping people find out about it).

Keep your eyes open for access to the new feature; in the meantime, Medium and LinkedIn remain great places to share long-form content with a friendly social audience. Below, an example (via Dave Winer): 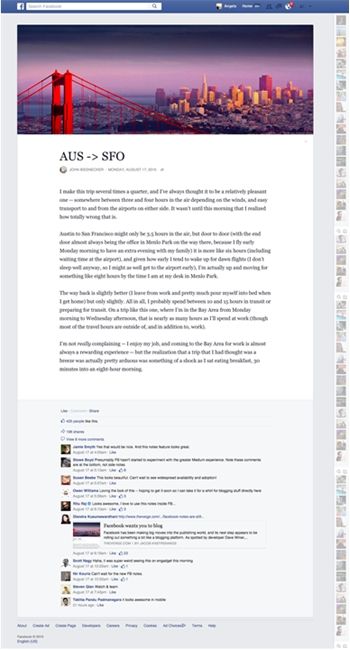 It's the golden age of video! If you doubted it before, here's proof: Video ads are wiggling into search engine results. The ads are in limited test mode, but their presence reflects a fundamental shift in how Google shows search results (which increasingly include results of relevance on social networks).

"What used to be narrowly defined as search is being turned on its head," says a digital marketing executive. "Google is finally getting away from just having three lines of text. Video ads have taken over mobile, Facebook and YouTube, and Google is thinking about how to integrate them into search."

And Google isn't the only one: Bing already sells "Rich Ads," and Yahoo is also developing a video ads product.

This development could be a huge win for brands seeking a more engaging take on otherwise ho-hum AdWords marketing—and makes it critical to develop a video strategy, if you haven't started already.

Big on parties? Facebook's updating Events with indie-style cover art themes, which people can use when they create an event on mobile. Per a Facebook survey, 55% of event activity happens on mobile, where it's a pain to upload cover art (simply because you might not have any on your phone and don't want to search for some).

Choose from art in categories such as family, holidays, seasons, food and drink, recreation and travel, and more. The feature will roll out to US-based Android users, followed by iOS, starting with 36 illustrations.

Other Facebook updates this week include a small update to Business Manager that makes it easier to switch between pages and accounts, and facilitates access to metrics for advertisers. 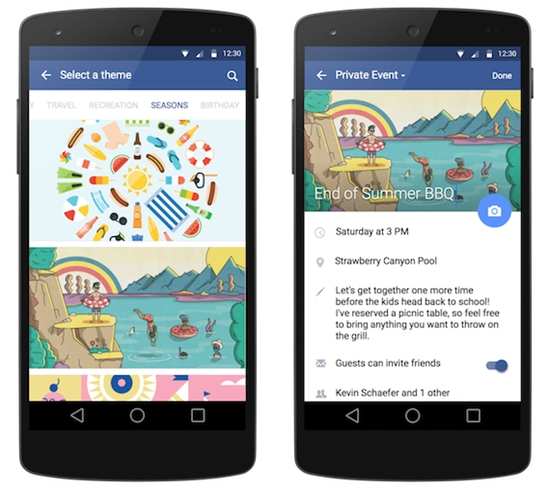 Search Engine Journal's produced a super-post about livestreaming—what makes it hot and how to get on board. Some 80% of Twitter users use the platform via mobile (vs. on a PC), and 70% watch videos in their feeds. You'll get a breakdown on the difference between Meerkat and Periscope, and a primer on which brands are livestreaming with success (Mountain Dew, say). 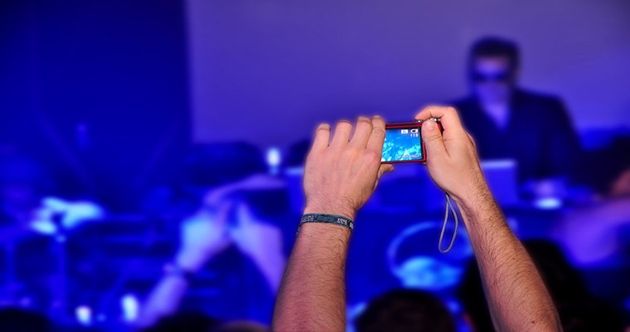 It's that time of year again, and a visual Cardlytics report gives the skinny on everything you need to ride the back-to-school shopping rush. Good news for SMBs: back-to-school spend at big one-stop stores dropped 7.6% from 2013 to 2014, while specialty retailer spend rose. People are more likely to go specialty for athletic gear and shoes (6.6 times more likely) and office supplies (5.6 times more likely). What's more, people keep back-to-school buying for as long as a month after in-store sales taper off after August's end. A nice, wide timeline. 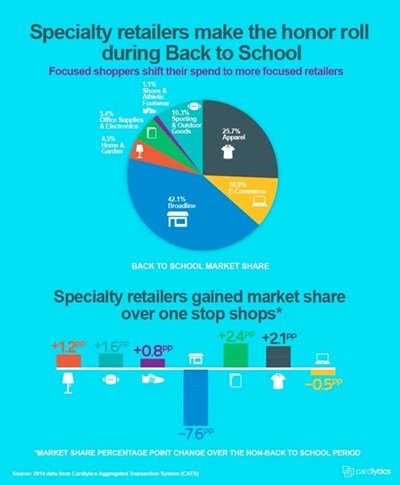 7. Now You Can Write a Novel in Your Twitter DMs

Not quite, but nearly: Twitter's dropped its 140-character limit in direct messages, enabling you to pontificate up to 10,000 characters. If you're trying to make someone a special offer, or using DMs for extended customer support, you don't have to send multiple messages when one would do.

Use it to take delicate discussions off the public forum, or surprise a fan with a discount or free item.

Reddit's one of those platforms that makes marketers nervous: It has a huge, passionate community, and historically it hasn't been friendly toward overt marketing efforts. But it's also great for culling feedback on what users want, and nurturing a more passionate community of super-users, testers, and potential evangelists.

Here's a breakdown of 10 brands doing well on Reddit, and how they're doing it. They range from the geeky (like Ford engineers sharing mathematical stumpers for Pi Day), to the luxurious (like Nordstrom using Ask Me Anythings to let Redditors interview fashion designers), to optimization-friendly (like The Economist asking what media trends they should incorporate into their strategy).

Read and learn—and remember, Reddit is the ultimate value play, so don't use push marketing; let Redditors be active contributors to the life of what you're planning. 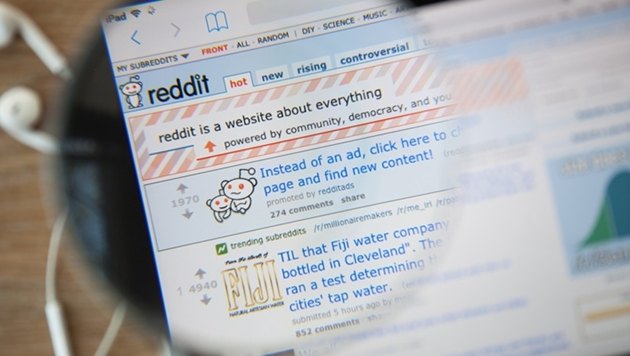 9. How Brands Jumped on the #StraightOutta Meme

#StraightOutta is a meme created to market the film Straight Outta Compton. It lets you create an album-style image in which you could replace "Compton" with anything, coupled with a background. The effort on its own has been a success: By August 11, over 150,000 Instagram posts used the hashtag; at the trend's peak, #StraightOutta tweets and retweets numbered 15,000 per minute.

Other brands jumped aboard to take advantage of the meme, which transcended its own marketing purposes. Unmetric rated the top brands, with the winningest being Pabst Blue Ribbon, scoring 4249 Likes, 314 Comments, and 2274 Shares. Other participants included Insomnia Cookies (shown below), Power Rangers (seriously), and WhataBurger.

It may be late to jump on this train; but, if you do, remember that relevance and humor go a long way (because we can't all be as gangsta as the Power Rangers). 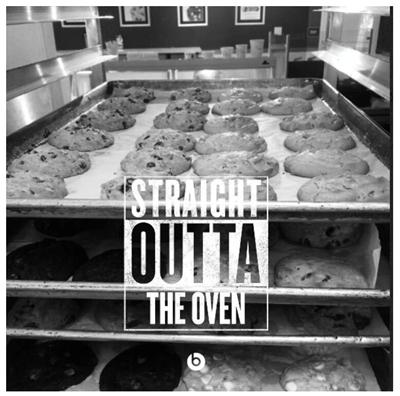 Taco Bell was among the first to jump on the ephemeral message platform, and in a Digiday article it details its journey and findings—from its start using cautious single-photo promotions, to engaged video storytelling, activating influencers and superfans, and incorporating Snapchat into recruitment.

Today it's focused on building organic reach and has notably shied away from purchasing ad space—meaning storytelling and influence do the heavy lifting. Read all about it; below, a shot from its Valentine's Day operation (which let users personalize and send their own e-cards). 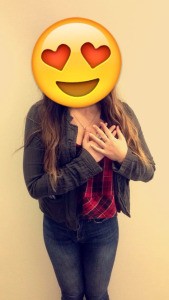 11. Wrap-up: The Most Popular Emoji in Each US State

To increase its usefulness to users, emoji app SwiftKey released an iOS update that tells you which emoji you use the most. It also created a report that highlights which emoji are used most often in each state, which may prove handy if you're using emoji to produce localized messages that need to match (or disrupt) user norms. 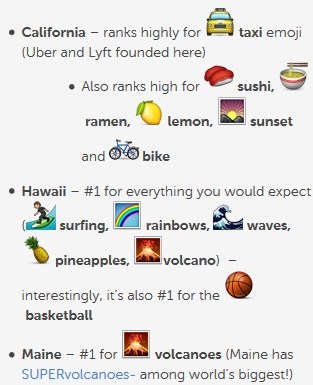 Find your emoji insights by visiting the SwiftKey app on your phone, clicking on "My Profile," and going to "Your typing and emoji insights." Your findings can also be shared on Facebook and Twitter. 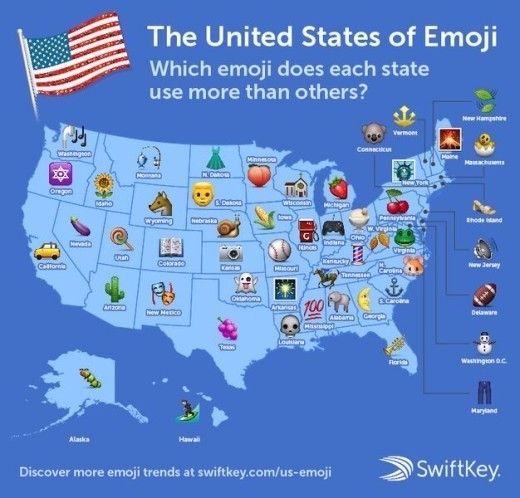 Continue reading "#SocialSkim: The Future of Payments May Be Selfies, Plus 11 More Stories in This Week's Roundup" ... Read the full article