#SocialSkim: All about Twitter Moments, Plus 11 More Stories in This Week's Roundup

Get the full story on Twitter Moments and how brands can use it to their advantage. You'll also learn about Facebook's new grading system for mobile in-app ads, mobile- and Millennial-friendly infomercials, sponsored Snapchat Lenses, and the 2016 B2B Content Marketing report. Skim to the sound of the beat.

Twitter unveils its own news digests, and some news orgs are participating

What's Twitter Moments all about? Twitter's newest addition, Moments, will appear in the form of a lightning bolt icon on desktops and in its iOS app this week. When you click on the bolt, you'll see a list of Moments that matter now.

You can toggle by topic, such as Entertainment and Sports. Clicking on a Moment will explain what it's about, and swiping will lead you to uploaded content related to it, including videos, images, autoplay videos, Vines, and GIFs. For stories updating frequently (think live sports or award shows), you'll see an option to follow the Moment, which will put tweets related to it in your timeline.

Moments resolves a few problems Twitter's had among brands and consumers:

Over time, this feature will boost active Twitter use and make it even more worthwhile for brands to jump into a live fray. For more on how you can use Moments and other Twitter products for brands, check out this breakdown of its session at MIPCOM.

New! Find the best of Twitter in an instant with Moments: https://t.co/QAKGUSVBbT pic.twitter.com/KAjfkysVKC

Facebook is now grading how well ads fare among app publishers in its ad network—including whether its inventory achieves objectives, such as driving downloads or closing sales.

The "Advertiser Outcome Scores" will grade you on a scale of 1-13, and you'll be able to see how each ad placement performed compared with others in similar placements. It will encompass everything from ads on an app home screen to video ads to native ads within apps. (Facebook says native ads in its Audience Network draw seven times more money per thousand impressions than banners, and they account for 80% of its ad inventory.)

It may also disrupt fraud: Bots may click, but they can't really buy. Per Facebook's Brian Boland: "The best way for an advertiser to take advantage of this is to bid based on outcomes in the Audience Network." Now you know.

Facebook's partnered with Pro.com to help Facebook Messenger users find qualified contractors, get quotes, and schedule appointments for at-home building, mounting, or repair projects. Think of it as a test as it prepares to transform Messenger into the ultimate instant service provider. 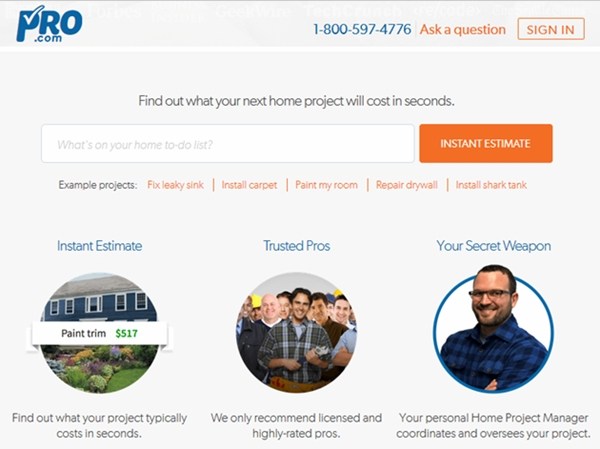 That'll be $450,000, please. Last month, Snapchat made it possible for users to add sticker-like "Lenses" to their snaps—think hearts, rainbows, and dollar signs to put over your eyes. Those Lenses are now an ad unit, and Hollywood studios are its initial targets.

Lenses start at $450K but may cost up to $750K on a peak day (like Halloween or Christmas). Sponsored Lenses will be designed in-house and released alongside regular Lenses. Rose tinting optional, wethinks. 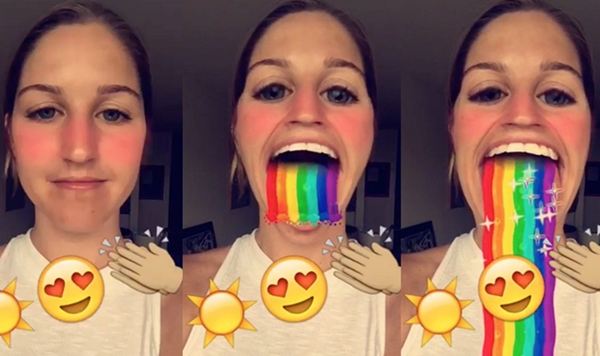 4. The 2016 guide to B2B content marketing benchmarks, budgets, and trends

Fully 72% of B2B marketers say creating engaging content is a top priority for their internal content creators—even though just 41% actually want to hone their storytelling chops. What?!

Get more crunchy data from the latest North America B2B content marketing report from MarketingProfs (us!) and the Content Marketing Institute, sponsored by Brightcove.

5. Jump into the mobile, Millennial-friendly infomercial

6. Now you can save that Big Idea... forever

Ever have a life-changing conversation via text with somebody on WhatsApp... then lose it? The mobile messaging app's partnered with Google Drive to let users back up and restore chats, voice clips, photos, and videos as often as they like. It'll roll out to everyone in the months to come. 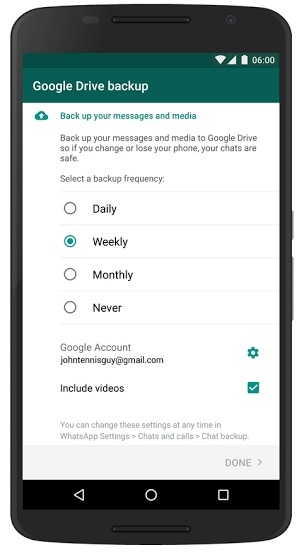 In addition to Shopify and Demandware, Pinterest opened its Buyable Pins program to two more e-commerce software providers: Bigcommerce, Magento, and IBM Commerce. Buyable Pins are now open to thousands more merchants. And, per Pinterest, 60 million pins now display products that can be bought right on its website, including goods from SMBs. It won't take a cut of sales, hoping to recoup the dosh from merchants who promote their Buyable Pins. 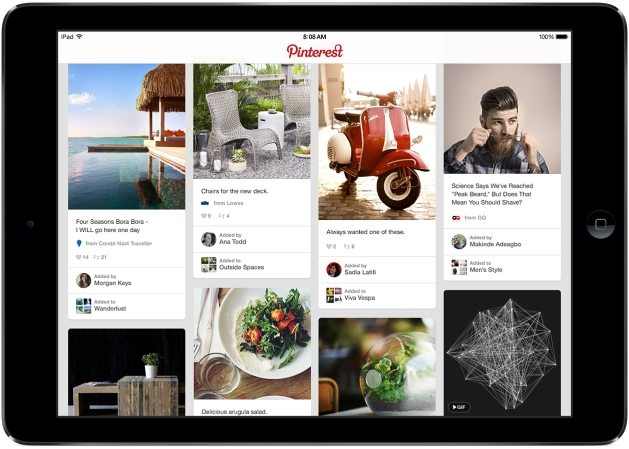 8. LinkedIn gets a $13 million wrist-slap for too many emails

A San Jose US District Court Judge ruled in favor of the people in Perkins v. LinkedIn, a lawsuit that takes issue with LinkedIn's email policy.

The breakdown: when you sign up, LinkedIn promises not to use your data without permission. But it's turned around and sent lots of emails to other contacts, presented to look like they came from you. The ruling finds that illegal—so, if you were a member of LinkedIn's "add connection" program between September 11 to October 2014, you can file a claim to get a payout (likely in the neighborhood of $10).

The moral: Email's a powerful medium for greasing social wheels, but you still have to play by social rules: Do what you promise, and treat user data with care and transparency.

Ann Smarty's list of social monitoring tools is a lifesaver for people looking to bring some order to their multi-platform madness.

A few familiar favorites appear, including TweetDeck, which, in case you didn't know, sends important Twitter notifications to your desktop as needed. There's also Cyfe (shown below), which costs $19 per month and lets you track and archive hashtags and keywords across Twitter and Google Plus. But the real lifesaver is StayFocusd, a free Google Chrome app that lets you limit your time on websites that tend to pull you into their endless scrolling newsfeeds.

Isn't it nice to live in a world where solutions arise as quickly as needs do? (If you want more productivity tools, there's this list, too.) 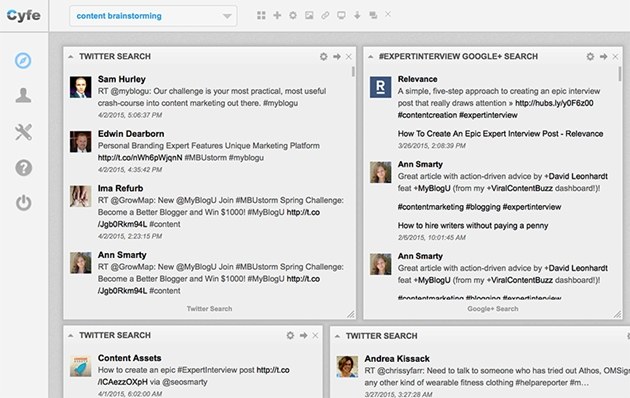 You can never have too many, and having a wide swath of free images to choose from will keep your content from looking too Getty. Design Taxi's highlighted 10 great photos from IMGembed, shot by photographers around the world to keep your site looking spiffy (but you can also poke around that site for more). This image is by Albino Tonnina: 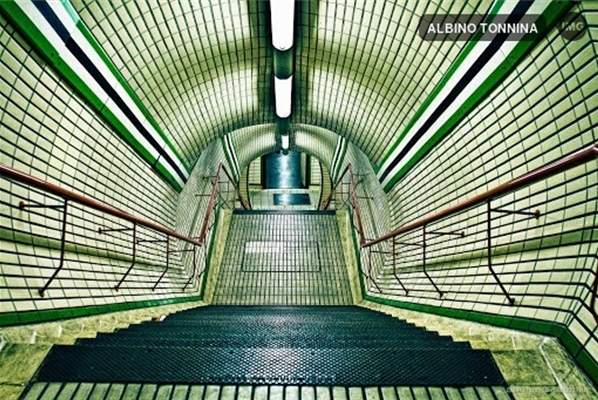 11. We'll wrap with some handy reading

Millennials are growing up, and hot on their heels are Centennials, those born 1995-2008 (more or less). Digiday's compiled five things brands need to know about them, like the fact that they care about having fun... but care about privacy more. They're also heavy consumers of audio, whether music or podcasts (now you have a reason to make one!). Think of this as a head start before the deluge of data that'll come out about them as the years progress.

Look how fun they are!