This week's 'Skim is all about maximizing views and visibility. Ephemeral-messaging app Snapchat has done the impossible and overtaken Facebook in daily video views, and it has signed an unprecedented deal with NBC to give the Olympics a Snapchat makeover.

We'll also give you the scoop on Facebook Messenger's plans to bring users disappearing messages, and share tips and tricks to create social media contests that convert. Skim to stay sharp!

How many views does Snapchat get per day? Oh, just 10 billion. That's right, the numbers are in, and they may mean Snapchat has officially declared war on Facebook, with both social networks vying to be No. 1 for video. Between Snapchat's video traffic more than doubling in a year's time, and the fact that among teenagers the app beats out every other social media, including Facebook, Twitter, and Instagram, Snapchat appears ready to take on all comers.

NBC did the math and knows that 10 billion video views is a lot, which is probably why the TV network has—for the first time ever—agreed to share video from the 2016 Summer Games with an outside entity.

Snapchat will dedicate a live story channel to the coverage, and BuzzFeed will curate short clips and behind-the-scenes content in a Discovery channel on the app. NBC hopes Snapchat's young viewers will get interested in the athletes' stories and triumphs throughout the competition, and then follow the saga on TV or NBC's website. Millennials appear to be setting Snapchat up for Olympic gold...

1. Facebook Messenger could soon bring disappearing messages to all

The social network previously began testing the Snapchat-like feature in France last November, but new screenshots suggest it's rolling out to more users, which could mean it will soon be available to everyone.

The screenshots also reveal that users will have the ability to make messages disappear at different time intervals, ranging from one minute to one day. Facebook has yet to confirm plans to expand the capability, but the company is certainly once again testing the ephemeral messaging waters after shuttering its standalone Slingshot app last year.

2. Twitter now considers itself a news app, climbs to No. 1 in iTunes App Store

Twitter redefined itself last week after releasing some dismal quarterly results, changing how its app is categorized in Apple's App Store and moving from the Social Networks section to the News section, where it's now ranked in the top spot.

The change doesn't indicate a shift in direction or strategy for the social network, but rather a way to increase visibility and push some extra downloads. After all, the app's No. 1 position in News could potentially increase the app's overall ranking, pushing it up from its current #28 spot in the Free apps category.

It's a clever move for the social (news) network, though unlikely to ease investors' concerns about the company's future.

Walgreens and L'Oreal have already dipped into the new figures and have apparently seen promising results. Walgreens noted a more than 15% lift in brand favorability, and L'Oreal indicated a 25% increase in purchase intent.

With 83% of active Pinterest users saying they've purchased something simply because they were on the site, numbers like those will play a crucial role in helping brands develop campaigns that perform well on the platform.

Target and Lancome burst onto the Snapchat scene with the app's first shoppable ads, each boosted with 10-second calls to action that instruct viewers to swipe for more. The actions pull up loading screens with the retailer's mobile sites so users can shop without ever having to leave Snapchat.

Creative is still limited on the platform, however, because ads, like content, are limited to 10 seconds in length. Would you consider buying something directly within Snapchat itself? 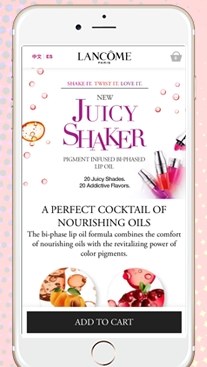 The newest addition to the social network's attempt to boost its lackluster growth figures comes in the form of a new tab on its mobile app. Dubbed Connect, the tab suggests a list of accounts based on those you already followed, as well as popular accounts around you.

Connect wants to help spice up feeds, and give users ideas of what to do on the platform. We'll have to see whether the new addition can do anything to bring Twitter out of the darkness.

We've covered it before, but concerns are mounting that Facebook users are beginning to passively consume content on the platform rather than actively create on it.

That spells trouble for the world's most popular social media platform, and possibly reveals its Achilles heel in the battle against fast-rising star Snapchat, the core strength of which lies in its users', rather than publishers', contributions.

Zuckerberg fought back against the reports, insisting than sharing is up across Facebook, but others report the company has applied internal pressures to develop products that increase users' inclination to share.

Perhaps you've just gotten your brand's Twitter account up and running, or maybe you're a seasoned pro generating tons of chatter and engagement. But when reporting to higher-ups or explaining the impact of your social media strategy, retweets and favorites are good only if you track them and clearly tie them to business objectives.

Favorites and retweets aren't the only metrics your brand can keep track of on the platform. From account growth and replies to mentions and URL clicks, we've got a breakdown of all the fun things you can track on Twitter, and what business objectives they reflect best. Go ahead, use the numbers in your next meeting.

Marketers are usually giddy with joy at the sight of user-generated content on social. Last week, we highlighted how UCG can boost brand value, but we're back with a reminder to all that UGC comes with its fair share of risks.

As live video continues to gain steam, it's important to note that, on average, over 6% of user-generated video proves problematic for a brand—from off-brand messages to copyright violations and outright inappropriate content. We've got you set with an in-depth infographic that covers the things to look out for. 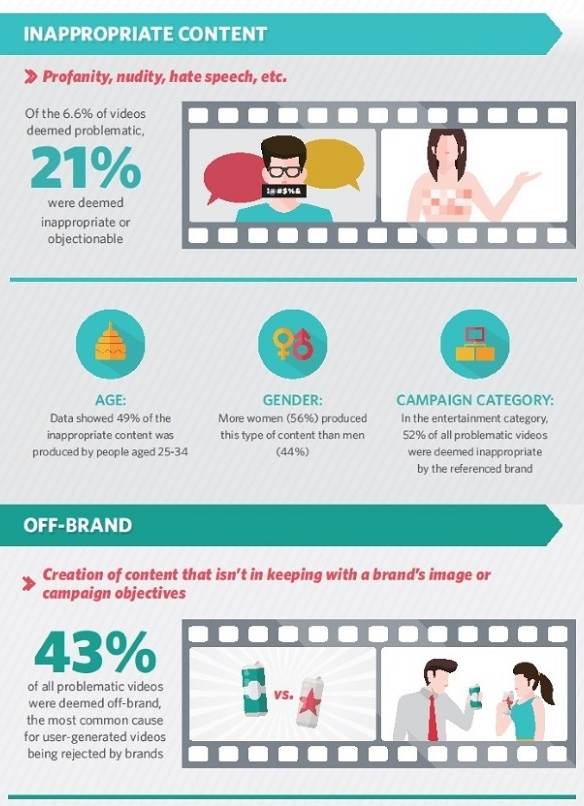 9. Here are the keys to building social media contests that convert

Contests on social can be a fantastic way to increase engagement and boost conversions, whether by growing your email list or follower base. Click through to discover the tactics of three successful contest creators.

Covered in detail: making mobile-friendly contents, promoting them with linkshare posts, making your fans market it for you, and including a sense of urgency. Good luck!

10. We'll wrap with that time the Queen, Prince Harry, and the Obamas made a video

A comedy video posted to Twitter showcased the United States' and the United Kingdom's special relationship once again, this time with President Obama and the First Lady assisting the Queen and Prince Harry in promoting the upcoming Invictus Games, a competition created in 2014 to inspire recovery and support rehabilitation for those wounded during military service.

The original tweet has racked up more than 42,000 favorites and nearly 30,000 retweets, serving as a nice reminder of the power that social media can have for good. Check out the video, and follow and support the Invictus Games here.

Unfortunately for you @FLOTUS and @POTUS I wasn't alone when you sent me that video ?? - H.https://t.co/sjfSQvkzb6