Websites that display Twitter sharing buttons are linked to on Twitter nearly seven times more often than sites that do not display tweet buttons, according to a study by BrightEdge of some 4 million randomly sampled Twitter messages in August 2011. 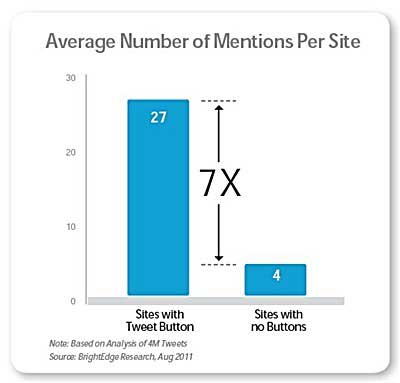 Below, additional findings from the September issue of the BrightEdge SocialShare Analysis.

Some 53.6% of the largest 10,000 websites now display social sharing links or buttons with one or more of the four major social networks (Facebook, Twitter, Google+, and LinkedIn) on their homepages. That level is up from 52.8% one month earlier.

Growth Across Most Networks 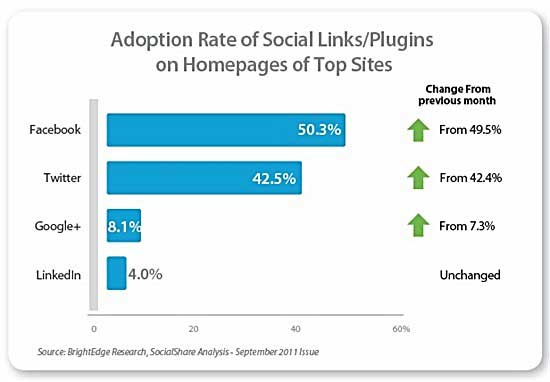 About the data: The BrightEdge Research SocialShare analysis is based on data from the company's social share search engine, which crawls some 10,000 websites and 4 million tweets monthly. The September report is based on August-2011 data.