Social gets easier than ever to tackle this week: Pinterest opened its DIY ad manager to SMBs, WordPress is releasing an Instant Articles plugin for Facebook (which also launched nifty new tools), and Reddit is looking to give brands a hand in addressing its community.

We've also got a useful infographic on how to build content for each social network, and some cool stats on messaging apps. Skim to stay in social ship-shape.

Come one, come all! Now small and midsize businesses in the US can schedule Promoted Pins with just a credit card on the platform's ad manager, which helps brands manage and optimize campaigns. With its even more precise targeting based on keywords and interests, and more enhanced conversion tracking, now might just be the right time to jump in on the Pinterest game. After all, it's not exclusively reserved for the design-minded B2C crowd.

Though Meerkat helped pioneer the livestream craze, intense competition from Facebook and Twitter-owned Periscope has forced it to end its livestreaming focus.

The decision was revealed in emails sent to investors which (vaguely) describe its plans to embark on a new social video network strategy, one "where everybody is always live" (kind of like Twitch.tv).

More announcements are expected in a few months, but expect the platform to focus on smaller group video chats between friends or professionals, rather than live broadcasts to strangers.

The social giant recently said it would soon allow anyone with a website and Facebook page to post Instant Articles, so we're excited to learn that Automattic, WordPress's parent company, is working with Facebook to release a free open-source plugin, just in time for the expanded launch of Instant Articles on April 12.

Standard WordPress template users can activate the plugin immediately, but more customized sites will have to do some tweaking to support extra features. In any case, here's to faster load times and increased engagement for all!

The tool first appeared last month as a way for the search giant to curate presidential candidates' stances on issues and let them post lengthy debate rebuttals. Now the format is expanding to small businesses, and possibly even celebrities and big brands.

The dynamic results format looks like a Twitter feed, with ads that users can click to reveal dedicated, full-screen Web pages with photos and text. It could be Google's effort to keep the web relevant in the age of the mobile app, which is constantly pushing the envelope for faster delivery of content. 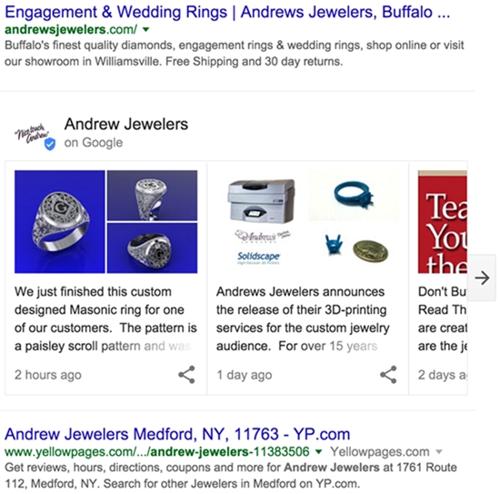 Atlas, the social network's ad server, made some newsworthy additions this week. After a similar foray by Foursquare, Facebook's move is the latest in digital-to-offline measurement to prove social's worth. Bite-sized bits below!

5. Reddit wants to prove it's not too scary for brands

As Nissan helped illustrate last year, Reddit may be the most-feared social network for brands due to the unpredictability of how its users will respond. (Spoiler: They're quick to denounce what they see as corporate meddling, which is part of why Reddit's microcommunities are so strong and passionate.) But Reddit is now actively taking steps to lure companies to the table.

The social network pegs its monthly visitors at 230 million, and it's now building infrastructure to provide data and reports so brands can measure the success of campaigns. The company also formed a team to provide service to advertisers and give insight on how to speak to Redditors in acceptable ways.

Some brands are already navigating these unfamiliar waters beautifully, so take a look and consider how Reddit could play a part in your strategy.

The growth of Likes and rates of post engagement for Pages might still be hovering at a low point, but a Locowise study indicates that average post reach hit 10.86% in February, the highest since it began keeping records, and a rise of 5.33% over January's 10.31%. 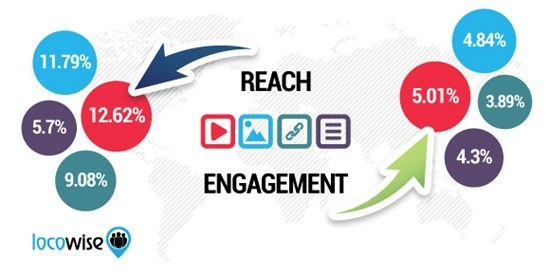 7. Why it's critical for marketers to stay current with messaging apps

They're among the biggest untapped sources of young, highly desirable consumers, and they boast more users than social networks (3 billion versus 2.5 billion).

The mobile messaging landscape is changing, with players like Facebook's WhatsApp and Messenger following China's WeChat to incorporate mobile payments, transportation tools, and much more.

With nearly half of mobile phone users in the US projected to use a messaging app by the end of 2016, they're bound to become a place where people can seamlessly make plans, access one-to-one customer service, and even shop, so start thinking about where you might be able to slip in and fill a need.

8. Twitter activity jumps 27% after swapping "Favorites" star for a heart

Despite initial outcry from users, Locowise found that Twitter activity increased 27.82% since the social network decided to change its symbol for favoriting tweets from a star to a heart.

That's likely because the button's role has changed with time: Though it was once used to "favorite" a tweet, it increasingly became a marker for simply "liking" something somebody said, so the heart puts it more in line with other social networks' symbols for signifying likes.

Outrage is typical when major networks—or even brands—make design changes, but results are often a better experience for users, as well as higher engagement rates for brands. 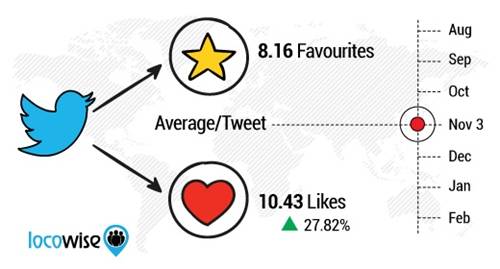 MTV's parent company Viacom announced it would sell advertising on behalf of Snapchat last month, and the partnership seems to be getting stronger.

On Tuesday, MTV announced the nominees for its 25th anniversary edition of the MTV Movie Awards via its new Snapchat Discover channel. The network is also partnering with Google to enable viewers to vote for "Movie of the Year" by typing "MTV vote" into the search bar. The awards will be held on Sunday, April 10.

?? Nominees for the MTV #MovieAwards are on the MTV Snapchat Discover channel ??

10. How social marketing is transforming B2B

LinkedIn lets you hit prospects when it matters (that is, when they're in a business mindset, not scanning baby photos on Facebook). But B2B mindsets are changing, and reaching this audience doesn't mean brands must forego the emotional storytelling they use on Facebook.

In addition to being emotional and relatable, it's also increasingly critical that B2B content be mobile-ready—adapted to consumption on the go.

From harnessing visual content to enhancing social pages, click through to explore ways your brand can harness LinkedIn and other social tools in ways that align with new expectations and strengthen your business development! 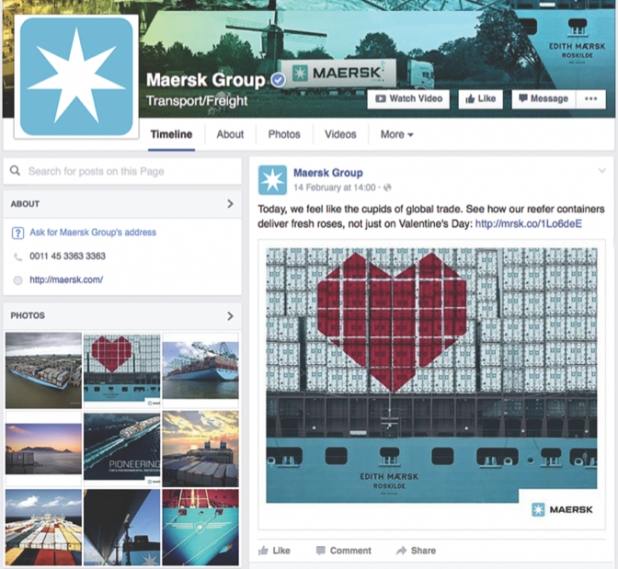 Overwhelmed by the sheer number of social sites your company needs to churn out content for? You're not alone. To help you out, The Whole Brain Group has a nifty social media checklist that puts things in perspective with a breakdown of platforms and how to leverage them.

Check out the entire infographic for more strategic help broken down by site! 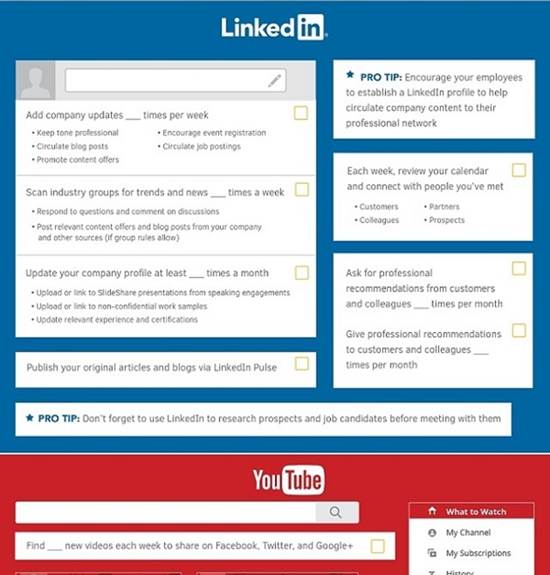 A diversity of brands took to Twitter this week in humorous and emotional ways to share support and gratitude for the world's women. Scotland's national daily newspaper, The Scotsman, went as far as rebranding itself The Scotswoman, while brands like Nutella opted for a more simple, product-centric tie-in.

Any brand can find a way to fit into such a celebration, and doing so can help keep your business relevant among users by demonstrating your values match theirs—and that your workforce and mindset is inclusive.

Thanks for all your comments about our rebranding to mark #IWD2016! More info here: https://t.co/Wi43kdoD2D pic.twitter.com/VOIzdXQofV

Has social officially gone too far? Peeple, described as "Yelp for people," launched this week with plans to profit from users' negative reviews, leaving many people screaming "fire!"

In a nutshell, the app allows you to sign up and leave reviews for anyone based on professional, personal, or romantic experiences. An additional feature dubbed "The Truth License," not yet live on the app, would give paying users access to everything anyone has ever written about a person (including reviews you opt not to publish or share on your profile), likely generating a market for negative reviews.

The company responded to outcry last fall by making some privacy changes, but many critics aren't convinced. What's your take on the new app, and do you think it could have an impact on you—er, people?