Facebook may still rank second behind Google among the nation's most visited websites, but online Americans spend nearly four times more hours per month using Facebook than Google, according to data from Nielsen.

Google was the most visited website in August 2011, attracting 176.2 million unique US Web visitors during the month, followed by Facebook's 163.2 million. However, visitors to Facebook spent more time on the site, logging over 7 hours and 45 minutes on average per person during the month, compared with Google's 1 hour and 47 minutes. 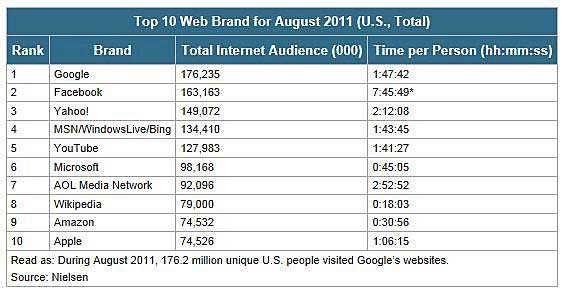 Among other key findings in August issued by Nielsen:

Some 216 million Americans were active on the Internet in August, up 1.2% over the previous month. Internet users spent 30 hours online during the month, visiting an average of 99 domains and viewing an average of 3,123 Web pages per person. 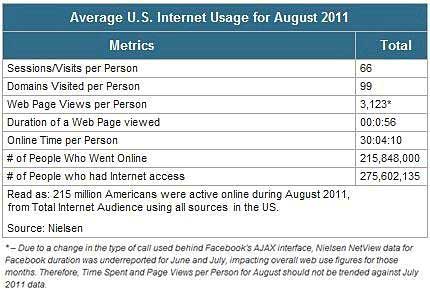