Join us in Boston for the best tactical B2B marketing conference on the planet. Get your ticket by August 31 to save $$$ 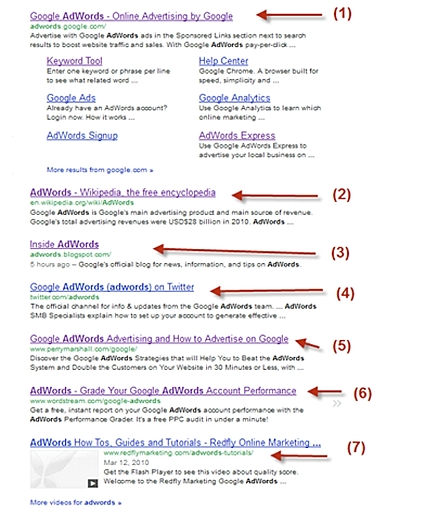 In mid-August, Larry Kim noticed something different at Google: Instead of the usual 10 organic results' being shown on the search engine results page (SERP) showing 10 organic results, only seven were displayed. The founder and CTO of Wordstream decided to investigate. 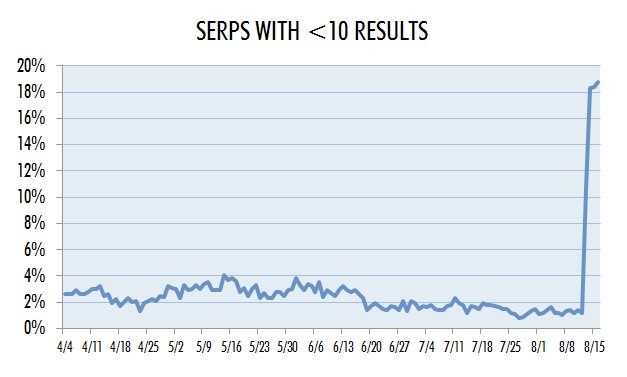 Abbreviated SERPs are on the rise

Kim wasn't the only one who noticed. Dr. Pete of the SEOmoz blog had run the numbers and discovered a sudden, sharp spike in Google SERPs with fewer than 10 organic listings: "A 30% reduction of organic listings on 18.3% of SERPs approximately equals wiping out 5.5% of all first page organic listings," Kim points out. 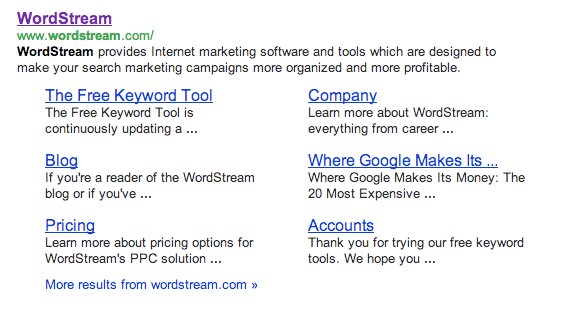 Blame it on sitelinks

In other words, the presence or absence of sitelinks—hyperlinks to website subpages that appear under certain Google listings to help users navigate that listed site—appears to drive a SERP's configuration.

What does it mean?

If you typically rank at eight, nine, or 10 in a SERP, you'll face the greater challenge of breaking into the top 7 organic results.

Wordstream, which has traditionally enjoyed a first-page ranking for the term AdWords, for example, will likely find itself relegated to the second page if sitelinks appear in the SERP. That's especially true if the first page has only five listings—as Kim has also seen recently.

Wordstream could try to improve its average 8.4 ranking for AdWords, but it'd be competing against heavy hitters like Wikipedia and the official AdWords site, blog, and Twitter profile.

His other option, he says, is to increase AdWords spending on that keyword, "which may be what Google was hoping for in making such a change."

Christian Gulliksen is a writer who has authored several of the Get to the Po!nt newsletters for MarketingProfs. A former editor at Robb Report, he has also contributed to Worth, Variety, and The Hollywood Reporter.
Google, Keywords, Search Engine Marketing, SEO