BASIC IDEA: For many technologies, "typical" curves have been found to exist. One of the most frequent used curves is that of the S-curve. The curve begins with a slow start, followed by steep growth, and then a plateau which is characteristic of many technological capabilities and product life cycles.

PROCEDURE: First, translate the data into a cumulative rather than absolute basis. In the example shown below, data for the shipment (rather than sales) of a product is depicted. Note that absolute shipments tend to follow a typical life cyle curve (shown in top graph) while cumulative shipments tend to look like an S-shaped curve (bottom graph). Try fitting a variety of such curves (with different slopes, etc.) to the cumulative data points. This is very subjective but can be quite useful in estimating the shape, extent, or duration of future growth.

Finally, another type of curve for a series of innovation is an envelope curve.

Check out our Library to read other related articles:

Go to the Library 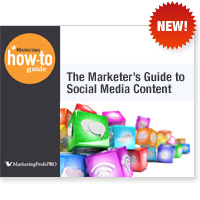 Get to the Po!nt Newsletters